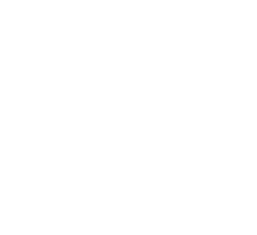 Throw out the dim coal oil lamp, the gas lamp, and even the windcharger! Lyntegar Rural Electric Cooperative was to bring electric energy to almost every farm home, many rural stores, gins and churches over the major portion of the Lower South Plains of Texas. It would light these homes, outbuildings, furnish energy for a dozen household appliances, shop tools, pump the water, even improve radio reception and later television.

Rural Electric Cooperatives was made possible by a 1936 Act of Congress, whereby the Rural Electrification Administration would loan money at a low interest rate for service to rural areas not deemed feasible by commercial power companies.

County farm agents were sent information a few months later on basic steps to secure rural electrical service, and County Agent V.F. Jones of Lynn County called a meeting of interested farmers in Tahoka. Similar meetings were held in Garza and Terry Counties. Later that year, 1937, REA recommended the three counties join together in one cooperative, which was done and an application made for REA approval. The name Lyntegar was adopted, a combination of the three original counties, Lynn, Terry, and Garza with Tahoka being designated as headquarters.

In 1938 a board of directors was formed and they hired a lawyer, an electrical engineer and Lyntegar’s first cooperative manager, Garland Pennington, who was a gin manager at the time. They received their first loan from REA in the amount of $304,000 to build the first lines and two substations, thus Lyntegar was in business.

Today Lyntegar provides electricity to all or part of eleven counties, serving more than 5,400 members and more than 22,000 meters. Over the years Lyntegar has added three branch offices in Sundown, Lamesa and Seagraves to better serve our members.